The Curonian Spit is a unique monument, light multisided strip of a land, uniqueness of which is comprised of relief created by the sea and wind, the highest spit in the whole Northern Europe, Lagoon marl prints, remains of former Lagoon's forest and soil brought by the wind and constant interesting eolic processes..A considerable contribution for formation of the existent uniqueness was made by human, who after unmerciful extermination of the spit's forests personally started the works of forests' regeneration. The process of regeneration was long and hard; therefore, current natural and introduced vegetation, rare plants that are typical for this region only, their communities, and their growth locations request special care. Such care is also necessitated by tracks left by humans in this region, since "the most important task is to preserve and propagate the region's culture together with its creators - local residents - and with the natural environment, where the culture had blossomed and left its tracks.".The natives of the spit, who had created an original ethnic community of fishermen, disappeared during the War and post-War period. Only the spit, forests, and empty fishermen's settlements remained. During the post-War period, the territory was populated by immigrants from the Great Lithuania and other republics, which were a part of the contemporary Soviet Union.. .Borders of Lithuanian Spit.The Curonian Spit is a narrow sand peninsula of 98 km of length, which divides the Curonian Lagoon from the Baltic Sea. This is a fragile nature, which requests a considerable and constant attention. In the South, Lithuanian part of the Spit borders with Kaliningrad region of the Russian Federation. The borderline marks the external borders of the European Union..According to the origin and composition the Spit is comprised of natural and human-made complex sections of protective dune-ridge. These various forms were created by waves, wind and the human, which were also h 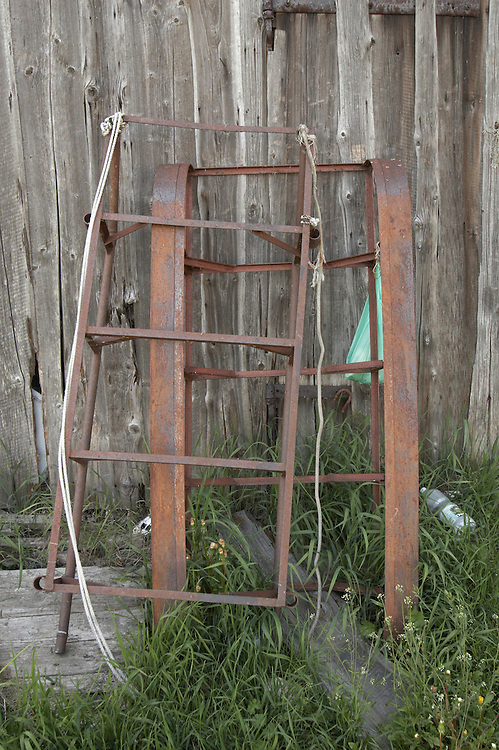